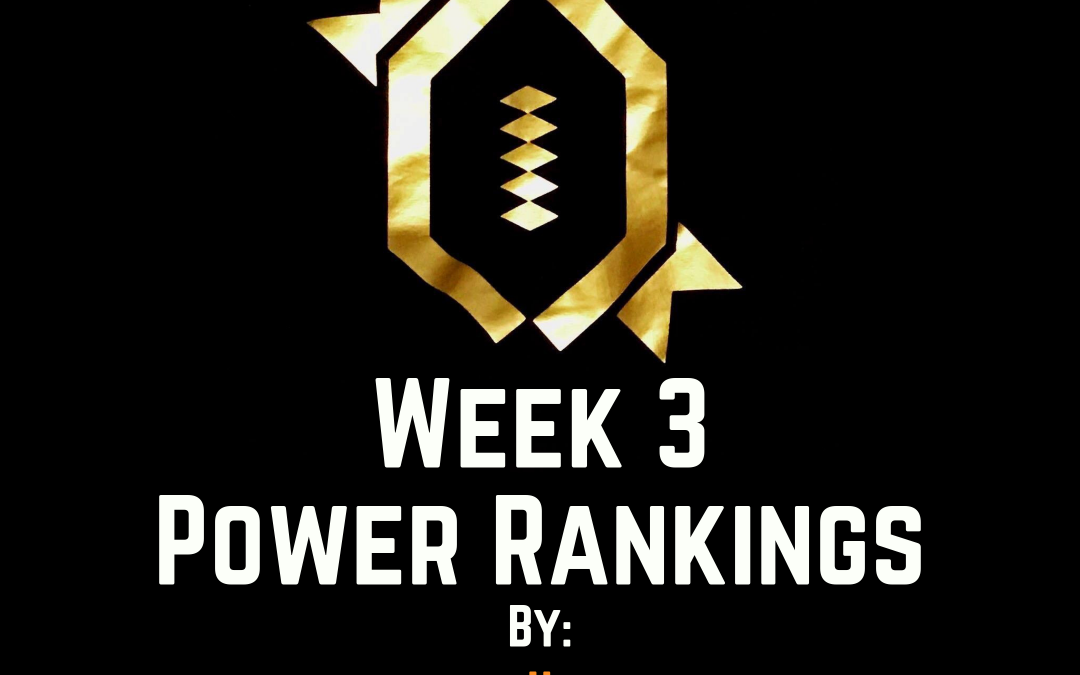 Archons come in at #8 as they have yet to log a TD on the season. They actually have found new ways to stink up the joint by having their only TD passes on the year be thrown to opposing defenses. With lack of answers at QB, it’s going to be a LONG SEASON.

Jakkboyz comes in at #7 with their own struggles. They talk a lot of trash and their jerseys look nice, but their play hasn’t matched. The hype and trash talk can lead to early success but they tend to run out of gas quick. The team lacks identity and experience right now and needs to find themselves if they want to get their first win.

Greed is the #6 team but only because they seem to have enough talent compared to the bottom 2 teams to sneak in the playoffs. Although they were off this week, my sources tell me that the captain has been MIA and we could possibly have some mutiny on the horizon. It’s still early, but a lack of clear leadership never bodes well in the RFB.

The #5 team is Venom as they picked up their first win of the season. Captain of Venom, Jalen picked up the legendary Mark Wright to line up under center after they were blown out by Legion week 1. Unfortunately after completing his 1st 3 passes including a TD, Wright went down with an injury that could be RFB career ending. They were able to keep rolling as their backup QB came in and made enough plays but their high hopes seem to have ended just as fast as they began.

Grinderz come in at #4 after being looked at as arguably the top team in the league just last week. They were put into a hole early on and were buried even further by surrendering multiple big plays over the top. I had my doubts about their defense, but even I was shocked by the lack of resistance they put up. Their offense was out of sync most of the day and they refused to adjust their game plan. I have faith their offense will get it together but they’ll be doing the heavy lifting if they can’t stop anyone.

Team Shinobi is at #3 after dropping another 40+ points on their opposition. This team relies on their defense to score and create opportunities as their offense tries to get it together and it has worked thus far. However, my knock is that they’ve bullied on the bottom feeders of the league and have yet to secure a quality win. You can only play who’s on your schedule but I’d rather be late to the party, than crown them too early.

Possibly the most talented team in the league, Legion, comes in at #2. They had a bye week, but handled their business last week and came into the season as the favorite. They have a tough matchup with a hungry Grinderz team coming up and it will be a good test to see how elite they really are.

From the outhouse to the penthouse, the Headhunters come in at #1. They came out of the gate smoking vs the Grinderz and didn’t let up until the final zero. Their big play capability is tough to stop as their star WR Myles can run by anyone. They had a good game plan for Grinderz tricky offense and used execution and their athleticism to lock em down. Credit to Lamont for revamping his squad and actually letting his players play this year. They added more talent and look like legit Premier contenders right now.